Her Loyal Role: The Female Protester 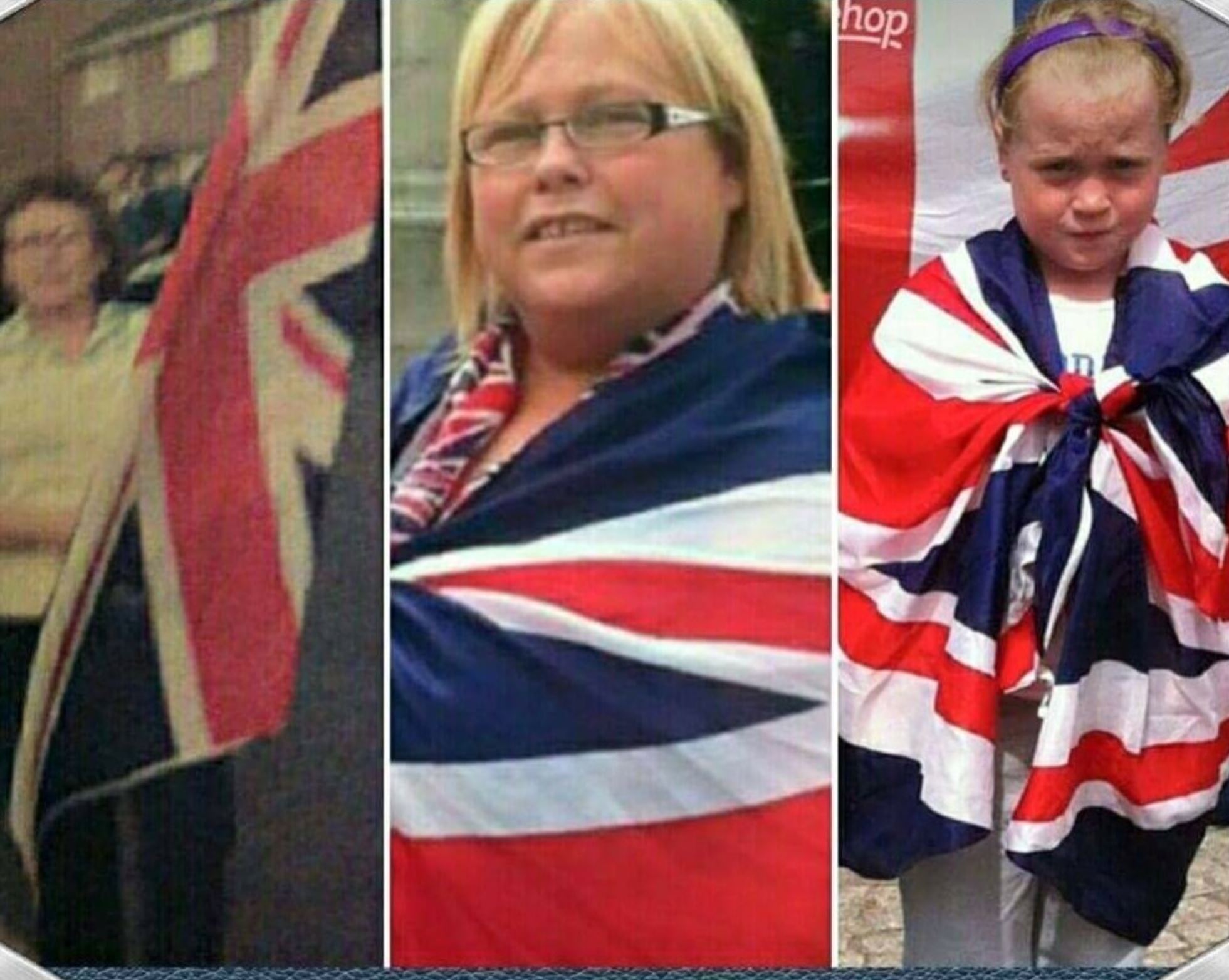 Editor: It is my view that protesting is a fundamental human right within a democratic society.  Exercising the right to protest is a vital tool to ensuring your voice is heard.  Protests take place all across the globe and Northern Ireland is no exception. From civil rights to flags protests, there is a long tradition of protesting within this wee country.  It would therefore, be remiss of me not to cover the female protester in my series Her Loyal Role. Considering the many women who have been involved in protesting over the years.  The following interview is with Sheila Loughlin from Carrickfergus who was involved in many protests including the one head at Twaddell and the flag protests at Belfast City Hall.  I hope you enjoy.

Tell me about your memories of the protests you have been involved with over the years?

My first time protesting was when they took the Union Jack flag down at Belfast City Hall.  I was 42 at the time.  I actually went down the night before because I felt the need to be there.  The decision to take the flag down was an important turning point in my life.

You see, I was protesting for the first time for something that I truly believed in.  I was so angry at the decision to remove the flag.  I just couldn’t understand it really, I was thinking ‘how dare they take the flag of my country down.’  It wouldn’t happen anywhere else so why was it being allowed to happen here?

To show how much it meant to me I protested every Saturday at City Hall.  I never missed a day.  I also participated in protests in Larne, Whitehead, East Belfast and my home town Carrickfergus.

I just loved protesting.  I felt I was making a difference, I felt that my voice was being heard.  During this period it was very difficult being a loyalist.  So much was happening and so much was being taken away from us.  On 12th July 2013 they banned the homecoming Orange Order parade at Twaddell.  Again I felt very passionate about it and it was the first time they had ever banned the parade so I felt that I needed my voice to be heard so I went to protest.

I felt and do still feel that bit by bit, year after year our culture is being eroded.  It’s being taken away from us.  Our culture brought us together, it was a time for celebration, for being with family and friends.

The protests were like that too.  There was a great sense of community.  We were all there for the same reason.  I meet so many great people during my protests who are now friends for life.  Of course there are some I wish I’d never meet – but that’s another story!

The protest at Twaddell really took over my life.  It was because I was so passionate about it.  My partner and my daughter also came to protest with me.  They loved every minute of it.  Each night we after tea we headed up from Carrickfergus.  There was also great craic.  My daughter walked with her dad in the Orange Lodge most nights no matter what the weather.  We went from winter with hail, rain, sleet and snow through to summer and the warmer nights.  Christmas Eve or New Year’s Eve, we were there. It was because I believed in what I was doing and why I was protesting. The atmosphere was one of friendship, solidarity and a sense of belonging.

Do you think the protesting was worth it?

We did get our voices heard and there was press coverage.  However, the protesting didn’t get us what we wanted.  I often ask myself the same question over and over.  The thing is I believe deals were done behind our back.

Compromises were made between the Orange Order and the residence groups, the arrangement was for them to walk up the road early on a Saturday morning with only one band and the lodge but with no followers.  The sad thing is that even when there is a compromise, there is always a demand for more.  What has happened since that compromise was made?  Absolutely nothing.  The parade continues to be banned. The parade has never walked up the road since.  Catholics want a United Ireland, they want parades banned, where is the compromise there if we can’t even walk along a road anymore?

Nigel Dodds who was MP for north Belfast at the time was the only politician I ever noticed at Twaddell.  He’s in the Orange Order so he was there most Saturdays.  Billy Hutchinson and Julie-Anne Corr Johnston from the PUP always showed up, but that was about it.  Now those protests at Twaddell at Belfast City Hall are never mentioned.  They have been totally forgotten about.  People don’t realise that there are still people who protest at Belfast City Hall each Saturday.

Sadly I don’t think we will ever see the Union flag of our country flying above Belfast City Hall every day again.  I also don’t think we have a true Unionist leader who will listen to our concerns and ensure our voices are heard.

Since the Good Friday Agreement our community has lost so much.  The Catholic community has gained a lot such as additional funding in to their communities, the on-the-run letters where suspected terrorists who murdered people were basically given immunity, the Irish Language, and so the list goes on.