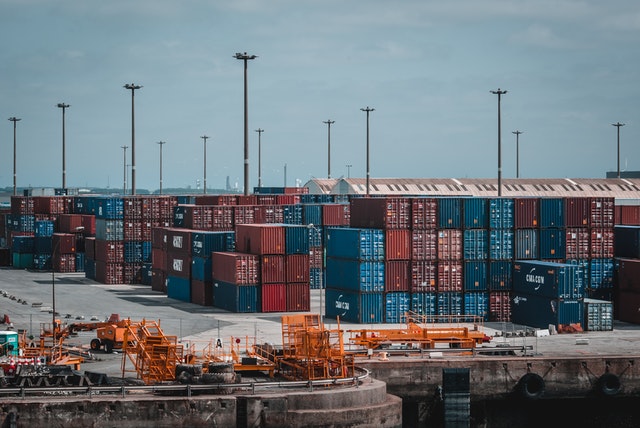 “When you have complicated problems you need more ideas, not fewer ideas, women have different backgrounds, approaches and experiences and in the end you get better decisions and a better world.”

Loyalist women face continuing barriers to their voice being heard because of the challenges that persist from being a woman and being a woman from a loyalist background.

Achieving change is difficult because it requires sustained effort. The voices of loyalist women are diverse, and policymakers and politicians do not often exert themselves to seeking the views of loyalist women.

There is a clear demand from loyalist women for increased input into policies that impact upon their lives. For Her Loyal Voice, we are committed to supporting loyalist women to ensure their voices are heard, and in the spirit of adding to the debate surrounding the Northern Ireland Protocol, the following quotes are from a diverse range of loyalist women.  From young women (aged 15) to older women (73), urban and rural, these quotes constitute a fitting way for politicians and policymakers to listen to the concerns of loyalist women.

On the practical workings of the Northern Ireland Protocol:

“I’m really pissed off,  I have not been able to buy a lot of things I would normally, there is a lot on Amazon that won’t get delivered because of it, Tesco at the start you couldn’t get anything, a bit better now but at the start it was awful and a lot of websites are changing their terms and conditions about delivery to Northern Ireland. We are part of the UK and we are not part of Ireland, we are United Kingdom, we are not Ireland, we are Northern Ireland, I want that border in the Irish Sea gone.”

“Have a border between us and the South but not the UK. We need a closer connection with Scotland, everything about them I agree with. They have a better attitude towards things. I found people in Scotland more tolerant, have a debate and discussion and still be friends. There is strong NI and Scottish connection, I like that.”

“In terms of the Protocol, my vitamins went missing for weeks, my small business was affected, everything is getting stuck in Belgium and then in work I have been working on Brexit issues with food and there have been shortages such as sanitary wear. Brexit has had an impact and websites will not come nor deliver to NI anymore.”

“Noticed a lot of people I know can’t order things online. Few things took a long time to arrive but I haven’t personally made any big purchases.”

“I tried ordering my son a fridge freezer from Argos, out of around 16 products there were only 2 that would deliver to NI postcodes and only 1 was in his price range.  This is a huge problem especially for those on a budget.  Our options are limited and it will come a point when we can’t afford to pay for items because the ones that do deliver will be too expensive.”

“I’ve seen lots of empty shelves, especially in M&S and Tesco. I think it’s shocking how the prices have skyrocketed. When I spoke with a manager in M&S he said it was due to Brexit and the increased costs of moving between mainland GB and Northern Ireland.”

“Personally, I haven’t experienced any problems with food, but my daughter has experienced problems with parts for her pram.  The company told her they were having difficulties sending packages to NI. Amazon also wouldn’t deliver something for my daughter. Asda were doing a Baby event in UK but it didn’t cover NI. I just don’t understand why it was decided that there should be a border in the Irish sea.”

“The Protocol hasn’t affected me as much in getting food as I shop local, but stuff I try ordering online, 2 of my parcels were sent back at customs. I tried to order some items online the price went up so much when I put in my delivery address.”

“I’ve tried ordering things from Amazon but it can’t be delivered to NI.”

On the implications of the Northern Ireland Protocol and remaining part of the United Kingdom:

“I voted for Brexit but things need sorted out asap with the border being in the Irish Sea. The NI protocol is a disaster. While I haven’t had any problems with food or ordering online, I am more worried about losing contact with the rest of the UK.”

“The NI protocol has put NI in a precarious situation, it has separated us from the rest of the UK and planted that seed that we are not accepted as part of the Union.”

“I voted to Remain. I’ve had a few issues with ordering online. Have to say DUP messed it up and we’ll be sold out.”

“I voted for Brexit, the main reasoning for me voting leave was because of how the EU is set up and I think there is a lack of accountability to voters, the EU is a giant bureaucratic machine that needs significant reform, but I was called a bigot and other names for having an opinion. The NI Protocol is a shambles, I feel that NI was hung out to dry by the Tory government but then I’m not really shocked because we should have learned our lesson by now, the UK government will keep English voters happy but treat NI like the black sheep of the family. The government knew this was coming and whether they don’t understand their own policies or they don’t care, they had plenty of time to prepare. I am very concerned given the recent EU triggering of Article 16 over the vaccines that NI will continue to be used as a pawn where we have no-one who actually speaks for us.”

“The impact that the NI protocol has had on NI is not acceptable, we are a part of the UK and we continue to be treated as second class citizens.”

“While I supported Brexit, I had my reservations because we didn’t have the strength of leadership to steer us through it. I am a huge supporter of buying from local producers and small businesses so our disruption has been minimal. “

“I voted for Brexit because I think it is the best thing for the UK. The EU is trying to create a superstate and want control, they create a lot of rules and regulations that are skewed. In my old job, Northern Ireland and the rest of the United Kingdom had to follow a different set of rules than Ireland, even when we were in the EU.”

“I think Brexit has been a hash. I voted for Brexit as I didn’t agree with an EU military or their agricultural policy. They (EU) are moving towards a supranational entity. I don’t think that there needed to be the botched outcome that it has been. I think people who voted for Brexit are wrongly called bigots. I don’t feel safe when I talk about my Brexit opinions with people.  I haven’t noticed much difference in shops. I feel that the British govt/EU don’t fear violence from our community in the same way they do Republican violence. I’m opposed to using violence as I think it means you lose sight of the objective.”

“My mum and daughter are both in NI and they’ve told me about not being able to get the same provisions in the shops. The stock is low and those that are in stock have best before dates that aren’t going to last,  I think leads to a lot of waste and will effect the economy. I know I’m going to have problems sending my daughter her birthday present. In terms of the protocol, they (British govt and EU) listened to the threat of IRA violence. The protocol wasn’t agreed by loyalist people. Loyalists need to heal within their communities (we spoke of a collective community trauma). We need strong leadership, strong men and women, its not about ego, its about a collective voice. Unionists and loyalists need to talk about what we have in common. Psychological damage has been done to people, loyalism and unionism need to heal together. Jim Allister won’t speak with loyalists and therefore can’t speak for everyone.”

“I disagree with the NI Protocol, I voted for Brexit but we were only asked the question did we want to leave the EU, we weren’t told all what it would entail.”

“I voted for Bexit, I think the whole customs issue was a stick for the EU to beat the UK govt with, the British govt should have held the line but they didn’t. They didn’t want a hard border where there had been one before but put a new one in, we’ve stopped our biggest trading partner. In terms of the DUP, we need action from them not words”.

Why We Must Address Online Abuse Against Loyalist Women